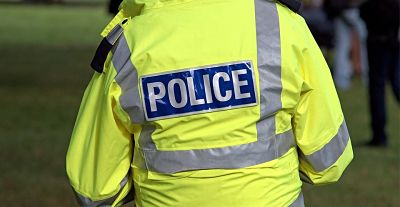 Every state has some laws that will make you scratch your head. They are often very old laws that may have once made sense, but some never served much of a purpose. Below are some of the weirdest ones in the state of Nevada.

No Camels on Highways

Animals are the subject of a few of these strange laws in Nevada. One of the strangest is that you are not allowed to drive a camel on a highway. That may seem like common sense, but at one time it was something that was such an issue a law needed to be passed about it. In the late 1800’s camels were brought to Nevada and the quickly expanding west to be put to work, similarly to how they were being used around the world. The camels were a method of transportation for a lot of people in Nevada so the law was passed and still remains in place today.

In Eureka, it is illegal for men with a mustache to kiss women. This one is really strange. Clearly this law is a little bit outdated and no longer enforced, however the law is still technically in place. Laws prohibiting facial hair were not terribly uncommon in the 1800’s, however most have been overturned by this point. If you are in Eureka and have a mustache you shouldn’t be too worried, but you never know…

Everyone in Elko Must Wear A Mask

Maybe the weirdest of all the laws on this list is one that is in Elko, Nevada. The law states that anyone walking on the street must be wearing some sort of mask. This is yet another law that dates back to the early 1900’s, however this one actually made a little bit of sense. In 1918 there was a terrible influenza outbreak that hit the country and Nevada very hard. The mask law was put in place as a last ditch effort to stop the outbreak of influenza. Obviously this law is no longer enforced or recognized, but for some reason it has not been eliminated.

The next law falls in the category of making sense but it is hard to believe that there was actually a need to make it a law. In the city of Las Vegas it is illegal to pawn your pawn dentures. This could only have been put in place because there were people actually trying to pawn their own dentures, which is a bit of a strange idea. It is hard to imagine a pawn shop would ever even consider taking used dentures, but just in case they were this law was put in place.

The city of Reno gets its own portion of this list because there are a few laws there that really make you wonder. For instance, it is illegal to place a bench or any other seat on a sidewalk or street. This means you can’t put a bench somewhere or even move an existing bench without the proper consent. This was originally in place to try and stop the growing homeless problem in the city.

Another law was put in place, for the same reason, that makes it illegal to lie down on a sidewalk. These laws were supposed to stop the homeless problem, but really it just makes it more difficult for homeless people to find a place to go. It is not a solution to the problem, just a temporary fix to keep them out of the site of the public.

The final strange law in Reno is that it is illegal to hide a spray-painted shopping cart in your basement. This one is oddly specific so it is hard to say why it was put in place. Spray painting shopping carts was a way that stores or individuals would try to steal them. Apparently enough people were spray painting carts and taking them to their basement that a law needed to be made to stop just that.

While you probably won’t be getting a ticket for breaking any of the laws on the above list, they are still technically illegal. It is likely just an oversight that most of these haven’t been removed, unless the state really is worried about camels on the highway or men with mustaches.