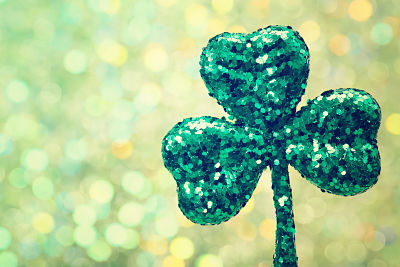 The luck of the Irish and Las Vegas – it seems like a perfect match, and with so much you can do on St. Patrick’s Day, it looks like it’s a fun one, too. If you’re looking to go out and sport your green this St. Paddy’s Day, try one of these fun Vegas activities. Better yet, for the best St. Patrick’s Day, partake in them all!

Have a Traditional Irish Meal

Is there any better way to celebrate a holiday (or anything at all) than with some food? Like you need any excuse to try sample some amazing Irish fare, anyway. Corned beef, soda bread, shepard’s pie… there’s a lot out to sample, and many businesses in the Vegas area will be more than happy to help you out. Nearly all the resorts downtown will have menus reflecting Irish cuisine for the day. One in particular to look out for is Crush at the MGM Grand, which will hold a St. Patrick’s Day party on Friday, March 17, serving up all the traditional fare you’d expect.

But, if you’d have just a quick bite, check out the Luck of the Irish hot dog at Haute Doggery, located at the LINQ Promenade. It’s a regular hot dog topped with corned beef, and it looks delicious. You’ll have to be quick, though, as the food will be offered only through the weekend.

St. Patrick’s Day is also a great day to catch some music, and no, not just the kind that’s booming from club speakers. Many musicians will be showing off their chops on St. Patrick’s Day, with bands reflecting both traditional and modern tastes. One such event is the annual Celtic Feis celebration, which will be held March 17 and 18 at New York-New York. The event begins early–at 10 a.m.–with a procession from Brooklyn Bridge to the resort, led by the Las Vegas Pipe Band and followed up with a celebratory Guinness toast.

Farther down the road, at the Fremont Street Experience, there will be three stages set up for live music all day March 17. These musical acts look like they’ll skew more toward the Irish folk rock side of the musical spectrum, so be forewarned!

Go on an Irish-Themed Pub Crawl

Another reason you might want to check out the Fremont Street Experience on March 17: They’ll be hosting a pub crawl that takes you through eight downtown pubs. If that doesn’t seem like enough for you, the transition between bars will be led by a bagpipe band! Talk about going out in style. Early registrants will earn themselves a complimentary T-shirt.

Of course, you don’t need to go on an organized pub crawl to properly enjoy St. Patrick’s Day. You can make your own pub crawl! Among the best Irish pubs and bars in the Vegas area are Henessy’s Tavern and Nine Fine Irishmen downtown, as well as the Auld Dubliner in Henderson. These establishments are good enough to visit any other day, but you can rest assured they’ll be extra worth checking out on St. Paddy’s Day.