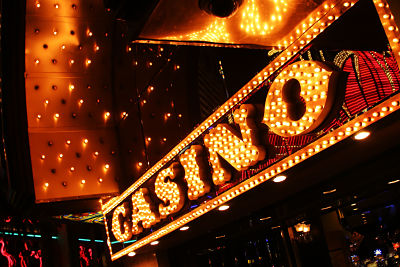 These days, Las Vegas is synonymous with the many casinos that inhabit the city. However, Vegas wasn’t always about gaming and resorts, and in fact, there were long periods in its history where gambling, for the most part, was outlawed. To get where it is today, the casino industry has had many ups and downs, and its history is long and complex.

It’s impossible to study the history of casinos in Las Vegas without taking a look at how the city itself was formed. Las Vegas–Spanish for “The Meadows”–got its name from a caravan of Mexican traders who found the area to be a good resting point along the trade route to Los Angeles. At this point, Las Vegas was still a Mexican territory, with the land passing over to the United States after the Mexican-American War of the mid-1800s.

Through the rest of the 1800s, gambling was a popular pastime for prospectors passing through the area, despite laws outlawing games of chance. Initially, these laws brought punishments down on those who held and participated in gambling, but as the century came to a close, the laws loosened up a bit. Gambling was decriminalized in 1869.

The decriminalization of gambling lasted for a few decades, but in 1909, the Progressive Movement was able to pass legislation banning many games of chance. Of course, this didn’t stop many people from gambling illegally in backrooms from Las Vegas to Reno. However, just as it had happened in the previous century, the laws banning gambling loosened over the years.

1931 was a big year for Las Vegas. Gambling was finally legalized for good by the Nevada government. Also, this was the year in which construction began on the Boulder Dam, known now as the Hoover Dam. This brought many workers to the area who needed a way to relax at the end of the day, fueling a greater demand for gaming establishments.

The Mid 1900s: The Rise of the Casino Industry

Now that gambling was officially legitimized, it had room to thrive, and as the 20th century passed, businessmen set their sights on attracting tourists to the area. Thomas Hull is credited with opening the first hotel-resort, El Rancho Vegas, on the Las Vegas Strip in 1941.

However, it was New York City gangster Bugsy Siegel who gave Vegas its first taste of the larger-than-life casinos that would soon dominate the area. His casino, The Flamingo, opened in 1946. Siegel was gunned down the next year, but his legacy lived on, and in the coming years, more and more mobster-funded resorts popped up in the city.

The second half of the 20th century in Las Vegas was marked by growth in Las Vegas’ population, the number of resorts in the city, and the size of the resorts themselves. Familiar names, such as Howard Hughes and The Rat Pack, helped shift Las Vegas’ image from an outlaw Wild West city to the one we know today.

The 1980s and ‘90s saw the rise of the big resorts that make up much of Vegas today, such as the MGM Grand, the Bellagio, and Treasure Island. And although Las Vegas, along with the rest of the country, saw some economic downturns in the 2000s, the city is back on its way to growth. While the city sets its sights on new ways to bring people to the area–with focus on renewable energy and the city’s surrounding natural features–the casino industry will always play a large part in the city’s history.